The scanner developed by the Instituto de Biomecánica (IBV) generates a 3D digital reconstruction of the shape of the foot: DOMEscan/IBV, is used by the american company ENRICO CUINI® in the design of luxury women's footwear.

Their story began in 1997 at the Mondrian Hotel when Enrico sketched shoes for Taryn's eponymous collection. Life then took them in separate directions.

Taryn went on to build a $40 million revenue company while Enrico focused on his successful architecture, industrial design and historical building restoration business in Rome. Yet Enrico never forgot his love of high heels and Taryn's vision for comfortable, sexy shoes. Inspired by a butterfly that landed on his studio window, Enrico used his rich experience in design, engineering, material science, and production to invent the "Wing Shoe" technology after two years of engineering and trials. The butterfly continues to be our sign and inspiration as the Wing Movement lifts off.

The company is concerned with achieving personalized footwear that respects the dimensions of the foot and manages to adjust to each size and user.

To do this, ENRICO CUINI® uses this scanner developed by the Instituto de Biomecánica, DOMEscan/IBV, a low-cost store scanner that generates a 3D digital reconstruction of the shape of the foot and calculates its measurements and the recommended shoe size in just a few seconds. 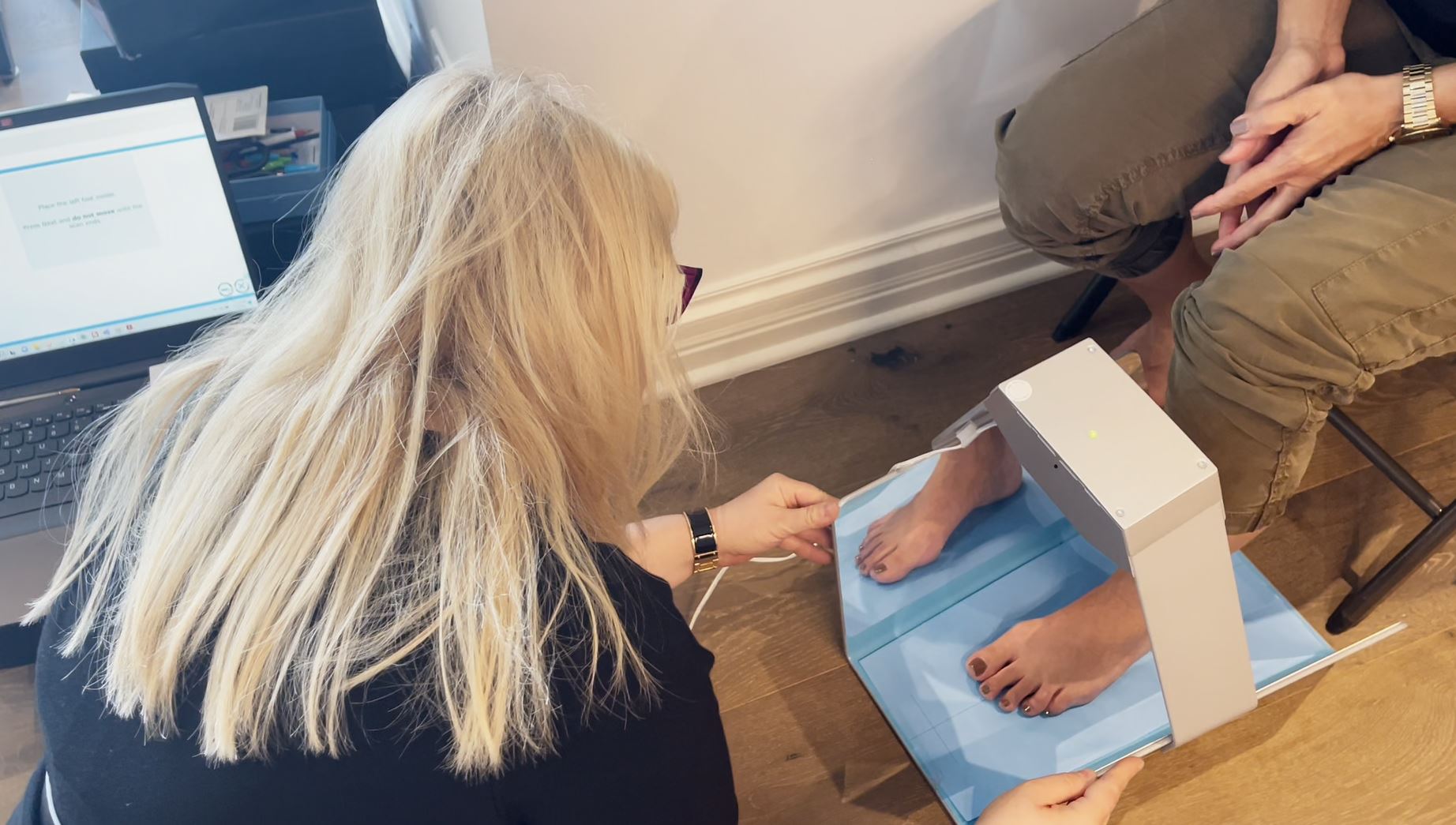 ENRICO CUINI® organizes events in different locations where attendees can measure their feet with the DOMEscan/IBV and thus ensure a correct shoe fit. 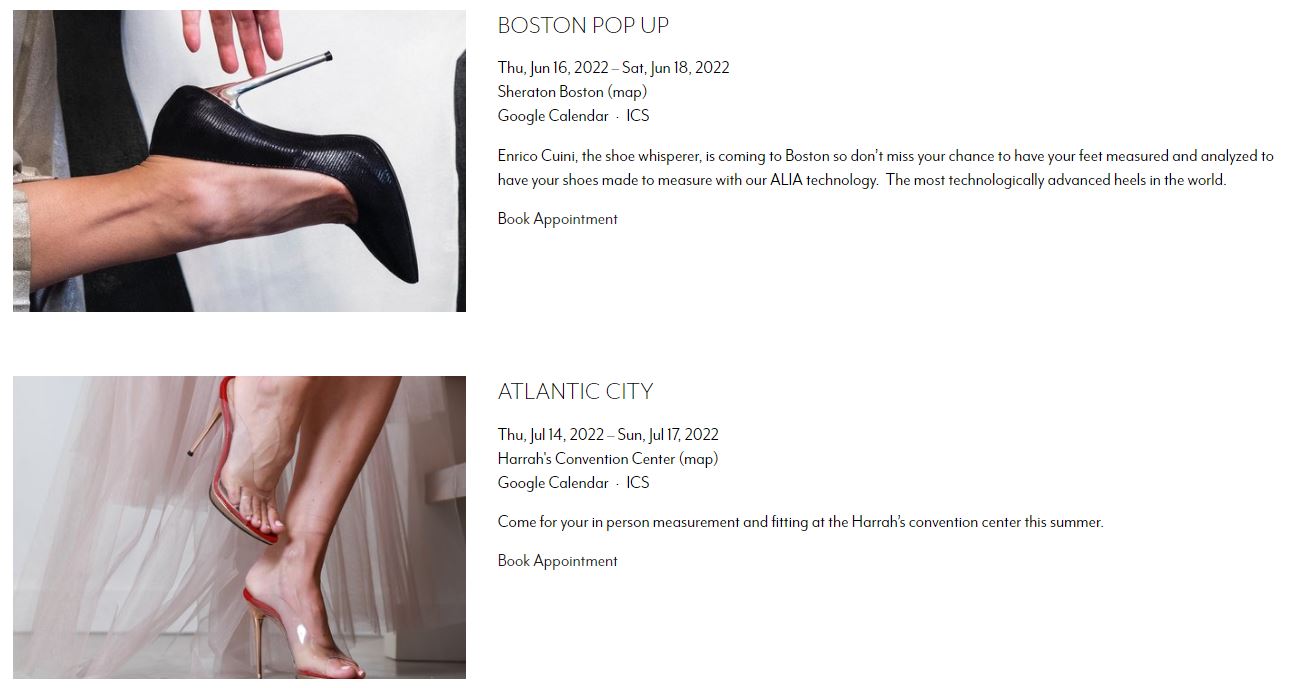 This collaboration is a good practical example of the use of state-of-the-art technology developed by the Instituto de Biomecánica by a company in the footwear sector that thus achieves high levels of product customization and the correct fit in measurements and sizes of their luxury shoes.