A WALKSHOP WITH… Miguel Ángel Buil 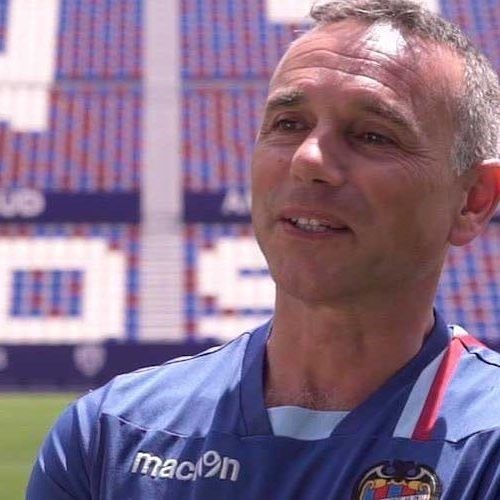 Miguel Ángel Buil is the Head of Medical Services of the Levante Union Deportiva, that is the most senior football club in Valencia, so as it was founded in 1909.

Bachelor of Medicine and Surgery from the University of Valencia in 1991 and with a Master in Sports Traumatology of the University of Murcia, Miguel Ángel Buil has developed his career since 2004 closely linked to sports.

At present, apart of his role at UD Levante, he is the medical director of the medical sport center IVRE (Institut València de Recuperació Esportiva).

Previously he was the director of the Medical Support for the Sport Area of the University of Valencia. He has been also worked as a sportdoctor at the Pamesa Basket Club (2004-2009), Ontinyent CF (2009-2010), and he was part of the staff of the Spanish Basketball Federation and the Spanish Paralympic Committee, participating in the London 2012 Paralympics, among others. He collaborates with the Master's Degree in Sports Physiotherapy of the CEU Cardenal Herrera University in Valencia.

Aproximately 2.96 million of Spaniards play soccer intensively, which makes them experience an improvement in their subjective well-being. It is the sport with the greatest potential to reach and attract large numbers of children and young people.

Apart from the activity generated by professional football, this sport is popularized by the fact that it can be carried out with minimal equipment (basically the ball) and simple and clear rules that allow its adaptation to almost any environment outside the stadium, with the condition that it has to be a quiet flat and clear space.

Talking about football today means to face a complex reality, since a true economic sector is emerging with a strong impact in economic and employment terms. Likewise, it is essential to consider the impact at the level of well-being, in all its dimensions: physical, social, motivational and community.

For this reason, we have spoken with Miguel Ángel Buil, an expert in sports medicine and a person who works in close contact with the elite of soccer in the Valencian Community.

You can retrieve the FULL INTERVIEW in the attached pdf file