SUaaVE is a H2020 project funded by the European Union aiming to enhance the public acceptance of highly connected automated vehicles (CAVs) by increasing trustworthiness via Human-Driven Design, including the participation of all road users as well as stakeholders. In April, SUaaVE has reached its first 12 months achieving relevant breakthroughs in its different research topics.

In the research about acceptance, a set of focus groups (led by RuG and conducted by CRF, IFSTTAR, VEDECOM and IBV) has been performed to identify the relevant psychological factors that influence the user acceptance in CAVs. A diversity of relevant road-users was involved aiming to make it representative (drivers, non-drivers, pedestrians, cyclists). These focus groups were carried out in different EU countries (Spain, Italy, and France) to analyse cultural differences. More than 50 people have participated in this research.

Furthermore, a large survey has been conducted in different countries (France, Germany, UK, Italy, Spain and The Netherlands), led by RuG, to analyse and verify the main factors that influence acceptance in CAVs, validating the results obtained in the focus groups. 3900 European citizens have participated in this survey. 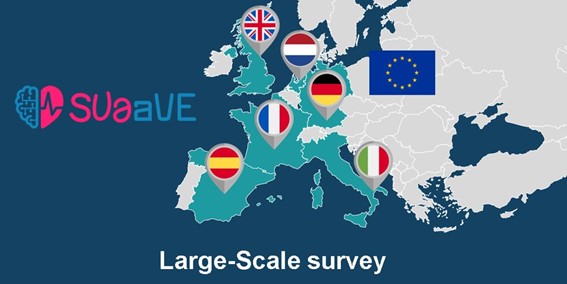 Figure 1. Countries that have participated in the large-scale survey in SUaaVE.

As regards to research in ethics, different interviews have been carried out by VEDECOM with experts in robotics, laws, human factors experts, sociologists and urban planners in order to analyse ethics in CAVs. In addition, it has been conducted focus groups with different road users (including people with disabilities) to identify their opinions and feelings reflecting their perceptions and attitudes, which may constitute drivers or barriers to the acceptance of CAV for ethical concerns.

Concerning the research to understand the passenger’s emotional and cognitive state during the trip, IBV has developed the Emotional Model composed by a Categorical Model (based on the analysis of contextual factors that influence the trip experience on board) and a Dimensional Model (the estimation of the emotional state of the passenger based on the parameters arousal and valence obtained from physiological signals from the passengers in the vehicle). Furthermore, BORDEAUX INP has designed a Cognitive Model to determine the cognitive states of the user in any situation in real time, with a significant impact on the user experience of the vehicle. Finally, TUM is working on the Observation Model, aimed to anticipate the passenger state. It will emulate the input-output dynamic map from external stimuli (road conditions, driving behavior), to resulting human emotional and cognitive state.

Figure 2. Scheme of the different developments in SUaaVE to understand the passenger’s state.

Regarding the control strategies tackled in SUaaVE for the management of CAV behaviour to enhance trip user experience on-board, Bordeaux INP has designed a first interface prototype of a smart cognitive assistant aiming to provide the user with information on the traffic situation, the car’s behaviour, and the way it adapts to the passenger. Furthermore, IDIADA has developed a set of models for ambient comfort in the framework of CAVs, covering thermal comfort, acoustic comfort, visual comfort and postural comfort. Additionally, IDIADA has made great progress in motion comfort research, aiming to study the relationship between the passenger perception of the dynamic comfort and the way that the autonomous driving algorithms plans and executes a vehicle trajectory. 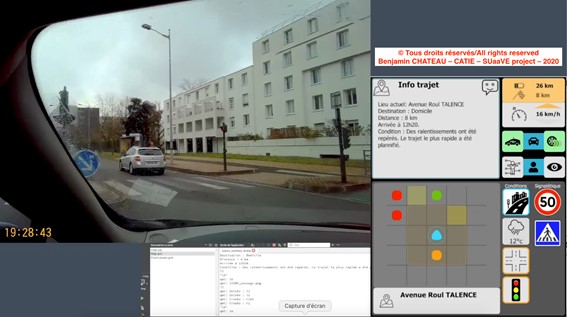 At this stage of the project, CIVITEC has released the first version of the Immersive Virtual Human Centred Design (V-HCD) platform, a 3D virtual simulation environment for urban and highway road context. This platform will be used to adjust and validate the different developments in SUaaVE in the first loop of tests with subjects (to be carried out from April to October 2020). In this regard, IDIADA has led, with the participation of the rest of partners involved, the definition of the different methodologies that will be used for the evaluations of all the aspects involved in the project, specially covering the assessment of acceptance of the different developments.

Figure 4. IDIADA DiM 250 dynamic simulator. The simulator will be used in the first loop for testing with subjects motion comfort.

SUaaVE is funded by the European Union’s Horizon 2020 research and innovation program under grant agreement No. 814999.

Read 253 times Last modified on Wednesday, 13 May 2020 13:06
More in this category: « IBV participates in USER-CHI webinar about "Diversity in Transport" A WALKSHOP WITH… Miguel Ángel Buil »
Published in Proyectos en Marcha
Tagged under