First Milestone of the project, reached: SUaaVE frameworks and ALFRED use cases defined 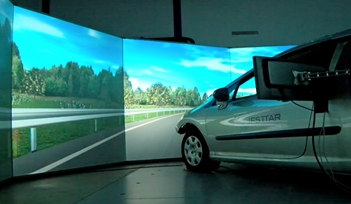 The first months of SUaaVE have mainly consisted in the formulation of different requirements and frameworks for the developments and research activities to be carried out in the next stages of the project.

One of the partial results, already obtained and available on project website (www.suaave.eu), has been the identification of the main social psychological factors that influence the Connected and Autonomous Vehicles (CAV) acceptance.

The work carried out regarding the ethical, legal and social challenges of artificial intelligence, will be the basis for the focus groups on the public opinion in these areas. The ethical decision-making algorithms for automated systems have been also studied.

In order to monitor and interpret the passenger state based on the cognitive state and emotional response in next steps of the project, SUaaVE partners have defined the empathic module framework. In addition, we have outlined the observer tool, which will serve to anticipate the passenger state not only detecting their responses, but combining categorical and dimensional approach.

We have also obtained “a new smart and multimodal Human Machine Interface (HMI) and strategies to ensure the user acceptability of ALFRED" (defined as a concept to humanise the CAV actions, which will result from the project), based on the quality of comfort, interaction and information. 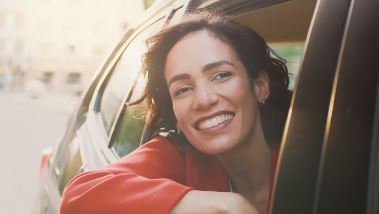 Another partial result has been the definition of the use cases and the events for the future evaluation of the ALFRED concept (also available on SUaaVE.eu website). Two types of use cases have been established: Situational use cases (to elicit specific emotions and composed of a short scenario where only one event) and Trip use cases (composed by a long scenario where several events occur).

Finally, consortium has advanced with the requirements of the V-HCD simulation platform that will be used for immersive experiments with subjects during next months.

All the planned actions in this period have been executed, the project is making good progress and successful results are expected by the consortium, which is composed by the IBV as coordinator, the Spanish companies IDIADA Automotive Technology, FICOSA ADAS and ADVANCED AUTOMOTIVE ANTENNA; the Centro Ricerche FIAT; the University of Groningen; the Fondation Partenarial MOV'EOTEC, the French Transport Institute IFSTTAR, the Polytechnic Institute of Bordeaux and CIVITEC SARL; and the Technical University of Munich .

This project has been funded by the European Union’s Horizon 2020 research and innovation program under grant agreement No. 814999.