The main goal of the InKreate Project (https://www.inkreate.eu/) is to facilitate fashion design development (idea to technical details) and decision-making process by creating a software solution uniquely adapted to the needs of the fashion industry.

The InKreate tool will include four main features that will distinguish it from existing CAD/CAM (Computer-aided design and Manufacturing) solutions: Designers will be able to design directly over a 3D body shape, including actual body scan, statistically derived template body or 3D avatar model created in a third-party software; Design process will be a combination of shape manipulation and intuitive sketching; The tool will integrate preliminary design cost analysis; The interface will allow designers to manage design collections as well as their ideas.

The purpose of both solutions is to offer fashion designers the possibility of designing over realistic rather than artistic body representations. By seamlessly connecting the creative phase to the technical product development, designers will be able to improve their efficiencies without disrupting the creative flow.

The design process is the phase where the attribute, composition, dimension and specification of a product are determined. Traditionally, the fashion design process goes through the following stages:

1. For the sake of expediency and aesthetic appeal, ideas are rendered as artistic rather than realistic representations.

2. Ideas are discussed with decision makers who rely on pre-cost analysis to make final decisions.

3. Chosen sketches are resketched to show actual dimensions and construction details. To do this, designers often revert to draping a mock fabric over dummies.

4. Ideas and technical sketches are discussed with pattern makers.

5. Patterns are sewn into either physical or, in some instances, also virtual prototype.

The initial stage of design development is particularly challenging: Designers not only have to continuously switch from artistic to technical sketch views but they often have to do so at the expense of process and commercial efficiency. Figures 1 and 2 illustrate these inefficiencies. 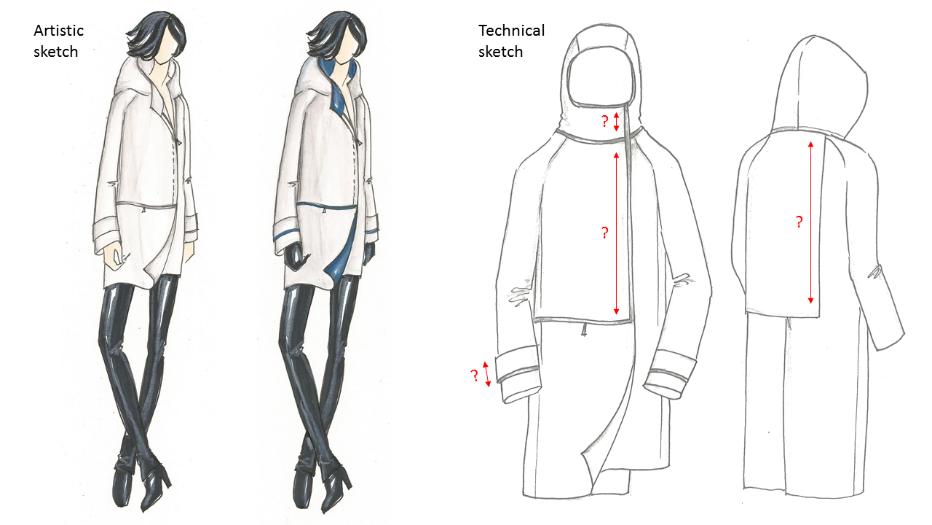 Figure 1: Example of process inefficiency: To determine the actual size of various design details, fashion designers often resort to a time-consuming practice of draping a mock-up fabric over a dummy or an actual model. 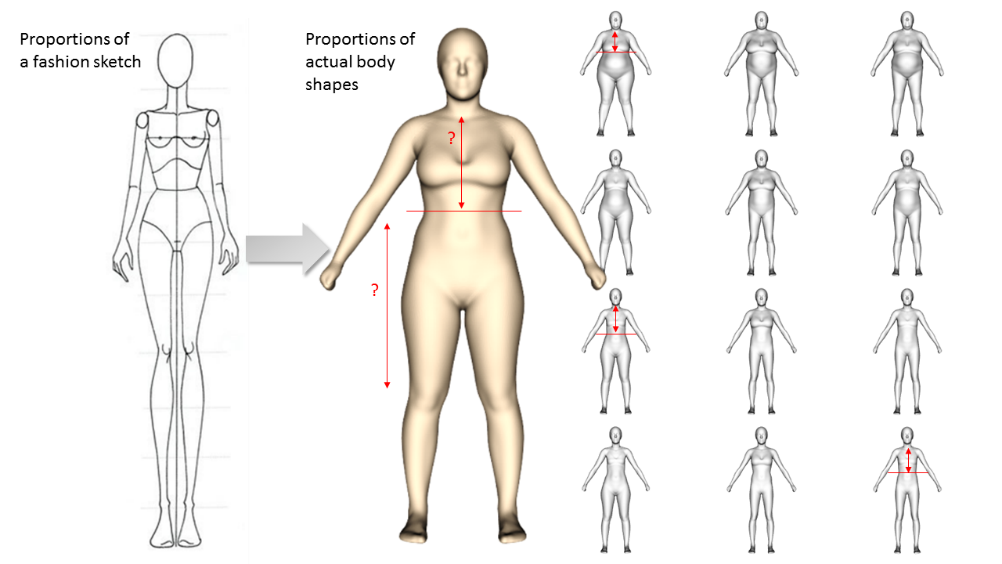 Figure 2: Example of commercial inefficiency: The drastic contrast between proportions of a fashion sketch and those of an actual body often lead designers to create garments that are aesthetically unattractive to the target customer.

InKreate tool will address the aforementioned issues by making it possible to design over ‘real’ bodies and in real proportion. InKreate users will be able to choose a statistically derived body template, convert a body scan taken with any type of body scan technology or upload a 3D body modelled in a third-party software.

Realistic visualization of designs will shorten the design process and improve communication between designers, pattern makers and decision makers.

The following sections describe preliminary results of the InKreate Project as they pertain to shapes that will be used as basis for design development.

The purpose of the 3D-3D service is to facilitate automatic conversion of raw body scans into simulation-ready avatars which, within the InKreate Project, will be used as basis for design development.

Raw body scans are dense and unorganised meshes made up of hundreds of thousands of points containing many undesirable artefacts, especially in areas that are not reachable by 3D scan sensors. Typical artifacts include “holes”, surface noise and additional material (e.g. bumps, bridges, etc.) (Figure 3). 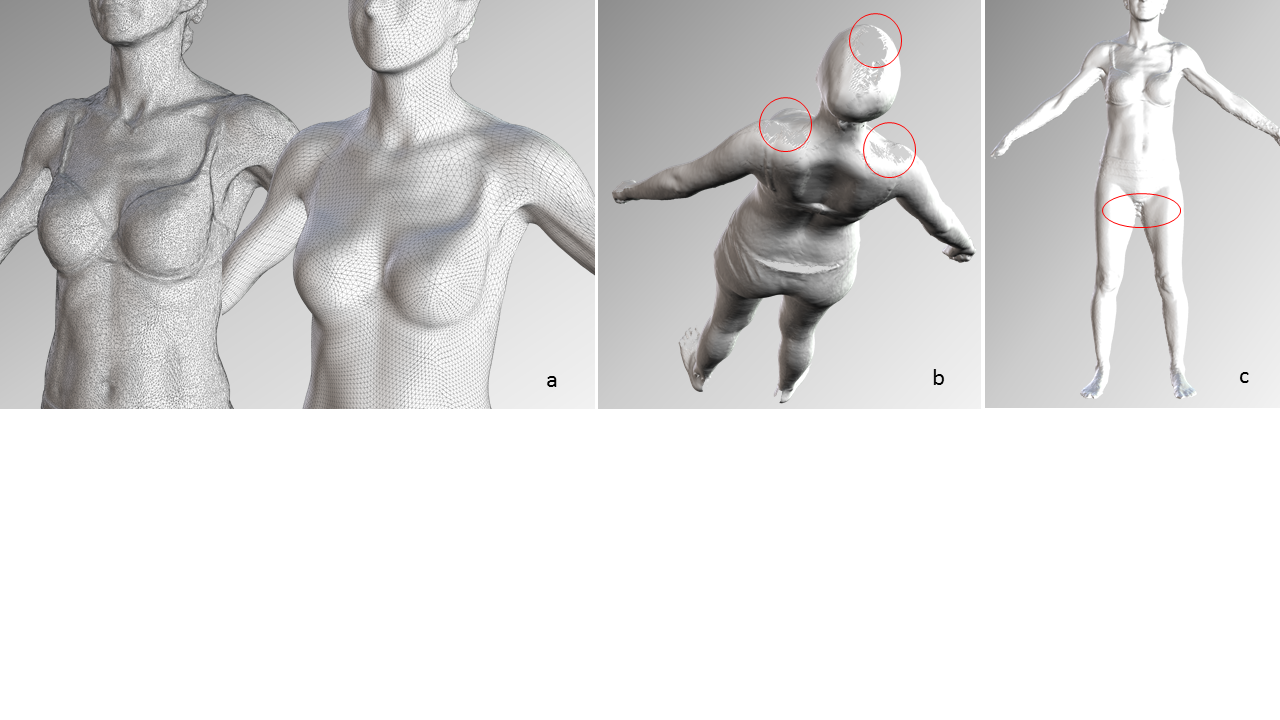 As such, raw body scans are unusable in CAD/CAM or other simulation environments. Not only do these raw scans appear ‘unfinished’ but also mesh holes and other noise areas are read as actual holes and bumps. When simulated, fabric follows the object’s topography, falls into holes and tends to get stuck in areas not read as part of the object (Figure 4). What’s more, occlusion or shadow areas often appear connected and do not allow for expected simulation results. 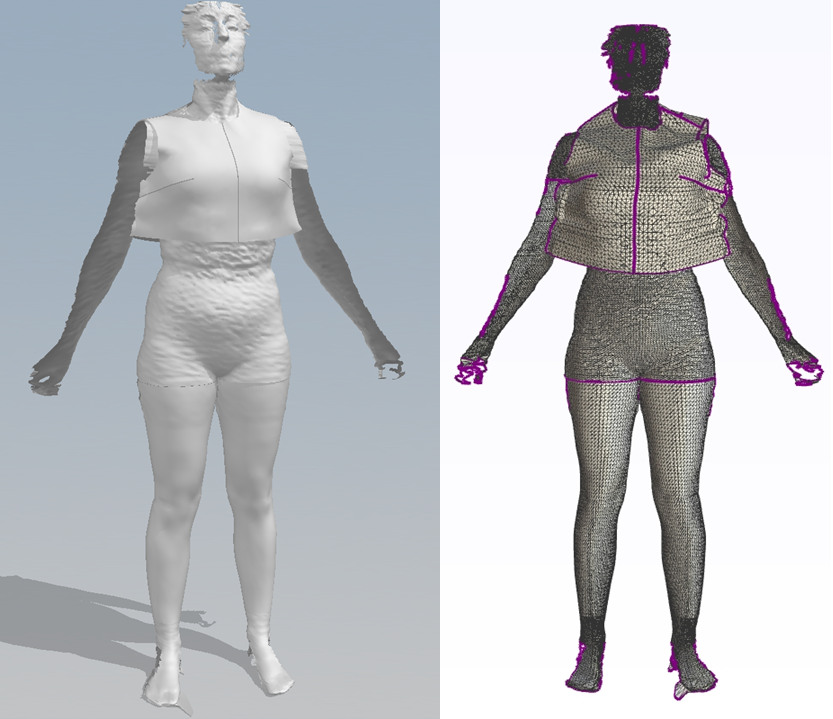 In order to be used in simulation environments, raw body scans need to be converted into smooth, watertight meshes, free of noise, artefacts and shadow or occlusion areas.

Some CAD/CAM solutions offer automatic adjustments of template avatars according to measurements extracted from body scans (Figure 5). However, since measurements alone do not translate well into posture and body features, the resulting avatar bears little resemblance to the actual body and cannot be reliably used in simulation environments. 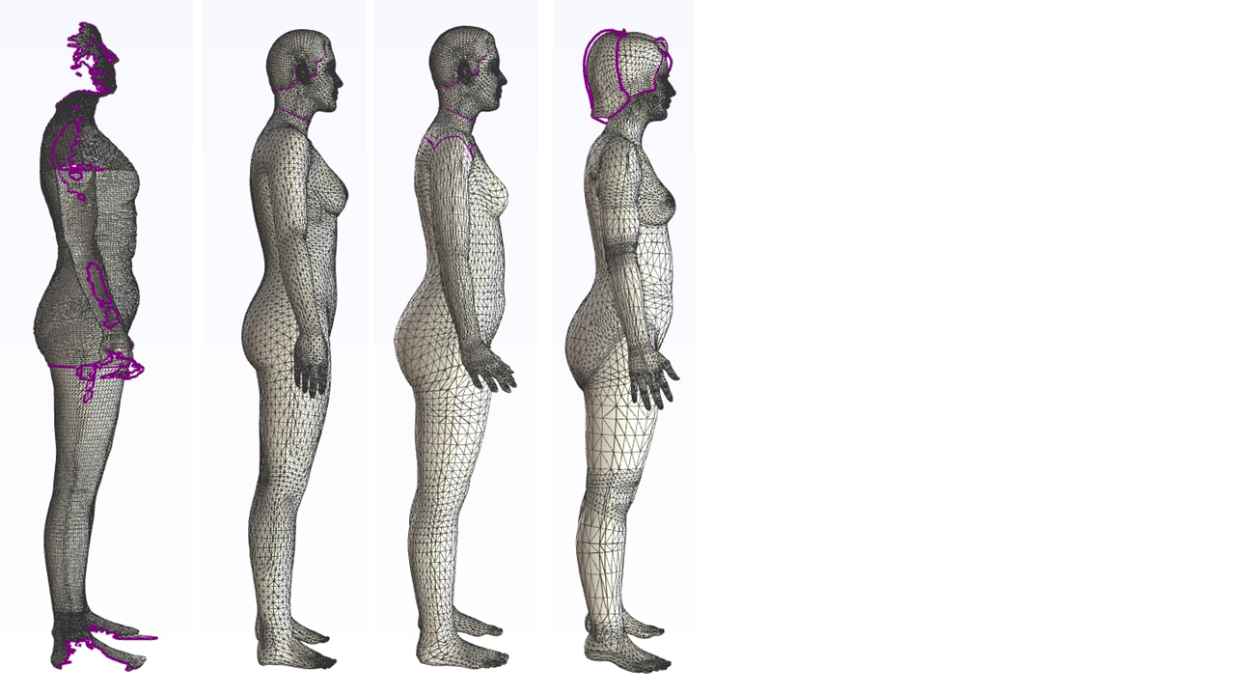 It is also possible to manually ‘clean up’ raw body scans with the help of tools such as Meshlab and Blender but this process, besides being quite time-consuming, also requires advanced modeling skills and often has to be done at the expense of output accuracy.

Recently, as part of the EUROFIT project [[1]], IBV developed technology that made it possible to automatically convert raw body scans into simulation-ready avatars. This technology was used for the serial processing of large body scan databases gathered in national sizing surveys and was subsequently validated in various other sizing surveys (e.g. Portugal, Germany, Spain, USA) using different types of body scanners (i.e. Vitus Smart, Cyberware and TC2) [[2],[3]]. Figure 6 and Figure 7 show examples of the results of this processing.

Since the conclusion of EUROFIT project, IBV has furthered its research and has adapted its algorithms to automatically process body scans taken with all currently available body scan technologies. This algorithm will be integrated into the final version of the InKreate software as an API (Application Programming Interface). 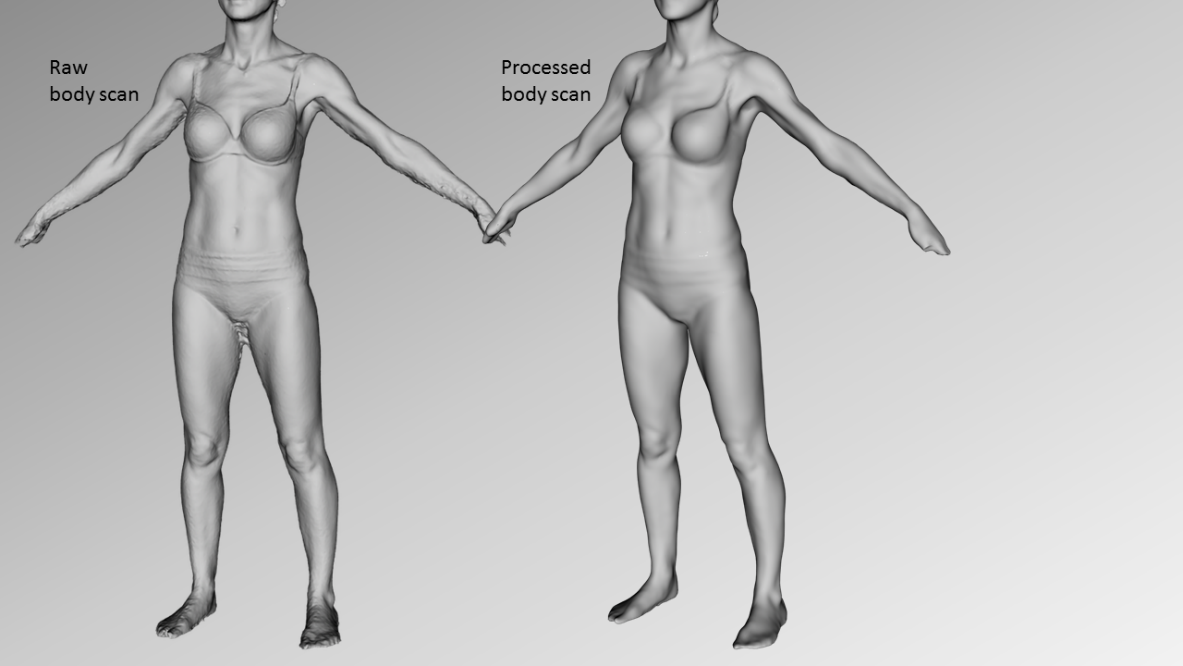 The API will contain resources (URIs) that allow user authentication and model management. Authentication is necessary for accessing model management resources which include two functions: one that reconstructs avatars from 3D scanner files (Start3DReconstruction) and the other that obtains previously reconstructed avatars (Get3DModel). The reconstruction is completely transparent to the users of the sketching software at a technical level. The designer just import a raw scan, and the raw scan is converted automatically into simulation-ready avatars.

For the InKreate Project, IBV has created a collection of statistically derived 3D body shapes.

Parameters were selected based on market analysis, experience of the consortium members as well as IBV’s previous research into body shapes. Grouping was done according to the following parameters:

While the first three parameters were used to define variability components from statistical analyses, the fourth parameter was applied to statistically derived body shapes created using the other three parameters. The analysis was done using scan data of 10,000 adult males and females [[4], [5]] collected by IBV over the course of several years.

The resulting collection is made up of 32 female and 24 male high-resolution watertight meshes representing body shapes in four poses, adding up to 224 avatars. The complete collection will be included in the final version of InKreate software. Figure 8 illustrates various body categories included in the collection:[[i]] Ballester, A., Parrilla, E., Piérola, A., Uriel, J., Pérez, C., Piqueras, P., Alemany, S. (2016). Data-driven three-dimensional reconstruction of human bodies using a mobile phone app. International Journal of the Digital Human, 1(4), 361–388. 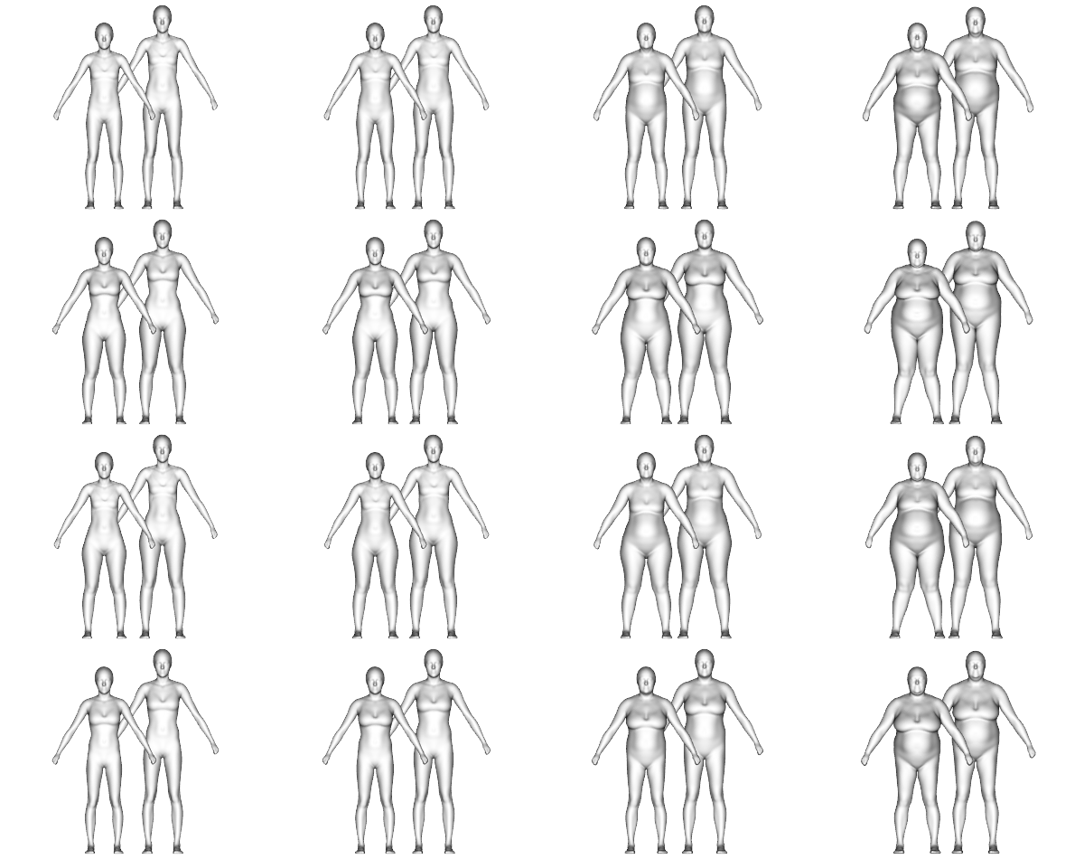 Figure 8: Sample of the collection of body models.

While the 3D-3D service is developed to facilitate automatic conversion of raw body scans into simulation-ready avatars, the collection is designed to offer a set of easily accessible, ready-to-use realistic body shapes. The purpose of both solutions is to offer designers the possibility to design over real instead of artistic shapes enabling them to improve their creative efficiency without disrupting its flow.

It is worth noting that both solutions have a market value that surpasses the scope of the InKreate Project. The accuracy of the 3D-3D service makes the output (processed body scan) suitable for simulation test fittings. With some additional refinements, the collection of statistically derived body shapes could be adapted to offer an affordable alternative to designers looking to develop designs for a specific body shape and size range.

This project has received funding from the European Union’s Horizon 2020 Research and Innovation programme under Grant Agreement no. 731885.

Read 4417 times Last modified on Friday, 02 March 2018 13:08
More in this category: « New shoe size allocator for sales over the Internet Is it possible to scan a foot in 3D with precision using a smartphone? »
Published in Clothing
Tagged under